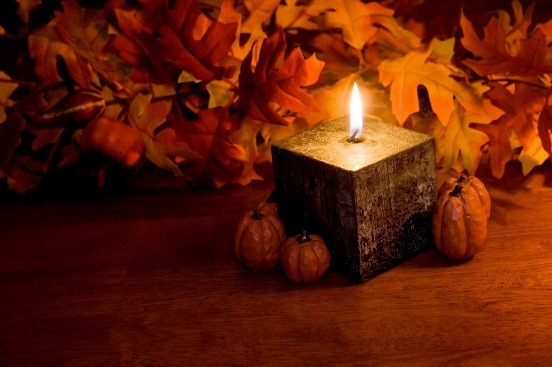 Halloween has been celebrated for as long as records can recall and although the celebration has changed over time, it has come to be the second largest date on the public calendar.

Originally known as All Hallows’ Evening, the celebration began as we know it with the Romans and the Druids dating back many, many centuries. A meal was hosted by the Romans in honour of Pomona, goddess of the fruit trees and the Druids hosted a much larger, much more extensive meal in order of Samhain, the lord of the dead. These two large celebrations, held on November 1st and October 31st respectively, were eventually merged to one celebration on October 31st.

The Druids believed that sacrifices must be made to their gods to ward off spirits and souls that surrounded them, for example the belief that cats were holy animals stemmed from the idea that people were reincarnated as cats as punishment for deeds during their lives. These ideas of spirits, souls and cats of course paved the way for the globally recognised witches, ghosts and cats that are the icons of Halloween.

It’s widely acknowledged that Halloween in its most modern form began in Ireland. Trick-or-treating began with Irish farmers going door-to-door begging for food, lighting the way with their jack-o’-lanterns, promising good luck and fortune to those who provided food and threatening those who didn’t. Interestingly the jack-o’-lantern began its life as a turnip as this was much more common in Ireland, the use of pumpkins came about when the tradition gained popularity in America due to the pumpkin being larger and much softer compared to the turnip.

The spooky jack-o’-lantern tells the story of an old Irish damned soul named Jack. Unable to enter heaven due to his miserliness and unable to enter hell for having played practical jokes on the devil he was condemned to wander the earth for eternity. This instilled such fear that families carved turnips and pumpkins, lighting them with candles and placing them outside their homes to ward off evil spirits and ghouls.

To us, Halloween is a time for being with friends and sharing the good times, going trick-or-treating and enjoying the beautiful sights that autumn offers as it draws to a close, making way for winter. The colours, the many layers to stay warm and the lit fireplaces surrounded with friends and family, waiting for the trick-or-treaters is what makes Halloween!

If you, like the Irish farmers, wish to treat someone, take a look at our autumn flowers for a beautiful range of seasonal colours. Send flowers and tell someone you are thinking of them at this, the spookiest of celebrations!