The Origin of Valentine's Day 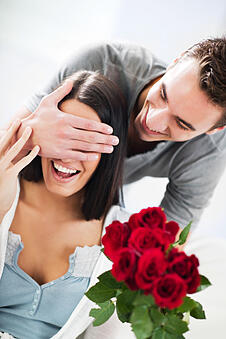 There is some debate as to the origin of Valentine’s Day, which is celebrated every year on 14th February. In ancient Greece for example, it was the time of year associated with love and fertility, whilst in ancient Rome the 13th-15th February were the dates of a Pagan fertility festival, during which, (according to Noel Lenski Professor at the University of Colorado) young men would strip naked and use goat or dog skin wraps to spank the backsides of young women in order to improve their fertility! Luckily, this is something we no longer uphold.

However, the most recognised source is probably the story of St. Valentine, a priest living in 270AD. The Roman Emperor Claudius at that time had abolished weddings as he thought married men made bad soldiers, more concerned with home life and their families than the army and their duties as soldiers. Valentine realising the injustice of this secretly took it upon himself to carry out weddings for young lovers. This enraged the Emperor who ordered Valentine's death.

Valentine was arrested and imprisoned. However during his time in captivity he befriended and then fell in love with the jailer’s blind daughter, who visited him during his confinement. On the morning of his death legend has it that Valentine gave the girl a love letter, which he simply signed “From your Valentine”.

In France and England during the middle ages it was believed that February 14th was the beginning of the birds’ mating season, and so it was thought that a day in the middle of the month should be set aside for romance.

Valentine’s Day greetings as we know them didn't become popular until after the 15th century. By the middle of the 18th century exchanging tokens of love and affection had become commonplace and by the 20th century printed cards had largely replaced hand written letters. 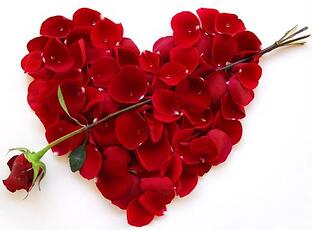 It is said that Aphrodite (the Greek Goddess of Love) scratched herself on the thorns of a white rose as she rushed to comfort her lover, Adonis, who had been wounded whilst hunting. Her immortal blood is meant to have stained the blooms of the rose red for evermore. Over time Aphrodite evolved into the Roman goddess of love and beauty, Venus.

Cupid is the Roman God of Love, whilst in Greek mythology; Eros is his counterpart, some suggesting he was the son of Aphrodite, his name being an anagram of Rose.

So you see there are many reasons, myths and legends we still celebrate Valentine’s Day in the way we do.

If you would like to send flowers for Valentine’s Day check out our stunning range online. With plenty of red rose bouquets to choose from you can uphold the time honored Valentine's day traditions in style and hopefully with a happy outcome!

Who will you make happy on Valentine’s Day with flowers?