One of the flowers synonymous with Christmas is Amaryllis. Lush green stems, adorned with velvet petals of crimson, white or pink. You're most likely seeing them everywhere at the moment, including our Festive Amaryllis Bouquet, so we thought we'd share a fascinating story, all about this Christmas flower... 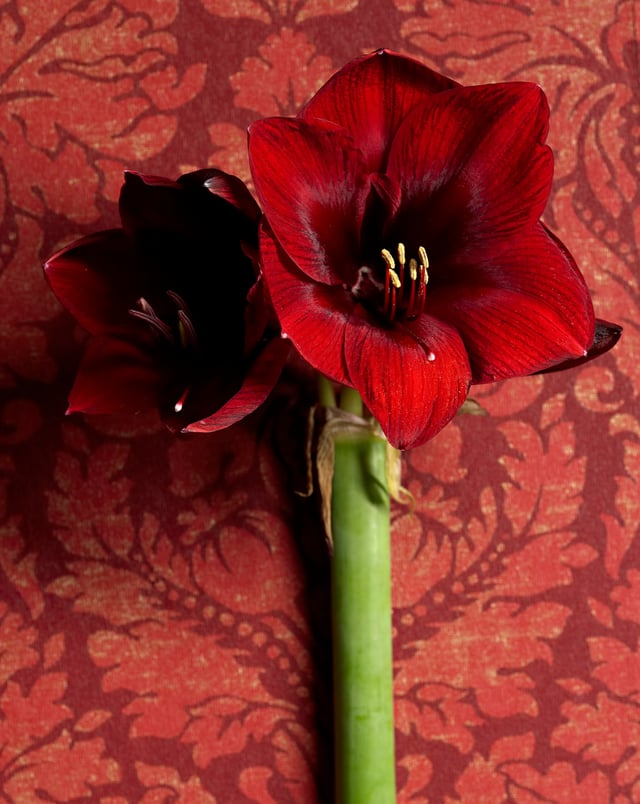 The story of Amaryllis

Greek mythology tells the story of a shy girl called Amaryllis, who fell in love with a shepherd called Alteo. Unfortunately, he wasn’t really into her, but instead of saying as much he told her… “Only the girl who can bring me a new flower will receive my love.” Which, let’s face it, is a rubbish brush off. Instead of taking the hint, Amaryllis visited the Oracle at Delphi for advice.

The Oracle told her to take an arrow from the temple and stab herself with it in front of Alteo’s house, whilst declaring her love for him, then repeat this action every night until she had her heart's desire. (creepy, but hey, that’s the story.) Amaryllis did as she was told and when the clock struck midnight, she stabbed herself and shouted out her love for the shepherd, but nothing happened. So she carried on trying for another thirty nights until a miracle occurred… On the spot where the blood had fallen, there was a large red flower. When Alteo saw the girl bearing this unfamiliar bright red flower, he fell in love with her… and called the bloom Amaryllis.

Today the Amaryllis has come to symbolise pride, determination and radiant beauty.

Who would you send Amaryllis to this year?